Saying no is probably one of the most effective ways to create boundaries and therefore reduce the risk of burnout, but it can also be one of the toughest things to do. If you’re a self-confessed people pleaser (like me) then it can feel almost impossible to say no when people ask for something from you. Not only that, but when we do eventually say no, the feelings of guilt can then creep in and take over. In this guide, we’ll look at how to say no without guilt so that you can set better boundaries and stop people pleasing.

Why it’s so hard to say no

Why do so many of us find it difficult to say what is seemingly such a simple word? There are lots of reasons why you may struggle to say no, whether it’s because you have an innate desire to help or maybe because you were bought up being taught that no is impolite.

Those with imposter syndrome may also struggle with the word no, particularly at work, as they feel as though they have to prove themselves. Unfortunately, this can lead to taking on too much and then finding it difficult to keep up with the workload. This is one of the biggest causes of burnout from work, too.

When to say no

So, when should we be saying no? Obviously, it wouldn’t be any good to say no to everything! However, there are some situations where saying no is something we should start practising. For example:

Finally, you can say no just because too! You don’t always need to have a reason to say no. Just make sure that you’re not saying no and missing out on something because fear or anxiety is holding you back.

How to say no without feeling guilty

Now we know when we may want to say no, how do we actually go about doing it? If you’ve spent most of your life saying yes and people-pleasing, then this is going to take some practice. Try bringing the ‘no word’ into your life bit by bit and don’t feel as though you have to completely change who you are overnight! Here are some top tips for learning to say no.

If the word no feels too difficult right now, consider starting with the word later instead. This is particularly helpful if someone is asking you something face to face and you struggle saying no in that situation or you want to think about it first. Try phrases like:

It’s much easier to make this your first response so that you can give yourself some time and space to think it through. If you’ve decided that actually you don’t want to do that, simply send them a follow-up message saying that you’re unable to do it.

When it comes to saying no, many of us feel as though we have to justify or overexplain why we have come to that conclusion. However, by justifying why we are saying no, it just plays into our people-pleasing tendencies as we need approval that our reason is valid. You have permission to keep your ‘no’ short and sweet. Use phrases like:

You can still be polite without giving 101 reasons as to why you are saying no. If people ask, then of course you can expand with a reason, but don’t feel as though you have to explain yourself right off the bat.

If your instant reaction is to say yes because you feel put on the spot, then try rehearsing how you would say no the next time someone asks you to your face or on the phone. You can try saying different ways of saying no in the mirror, practice with your friends or family, or record voice notes of yourself. By practising how to say no, you will feel more prepared the next time you are put on the spot.

Still help but in a different way

If you love helping others but know that saying yes would be to your detriment, see if there is another way you can help them instead. For example, you may want to refer them to someone else:

“I’m unable to do that, but I know someone who could help you with that.”

Or it may be that you still want to help personally, but you can’t give as much time and energy as the person requires:

“I can’t help you move house all weekend, but I could give you a couple of hours on Saturday.”

Think about your own boundaries and limitations and ask yourself, how can I still help in a way that works for both of us?

What if someone is extremely persistent and isn’t accepting your no? This is probably one of the most difficult scenarios, because it can feel easier to just give in and say you’ll do it. Unfortunately, this just reinforces to that person that they don’t need to respect your boundaries and they’ll never stop asking for your time and energy.

Be assertive but respectful, and don’t be afraid to stand your ground. “I really can’t do that,” repeated if necessary, will show that you do have boundaries and that you’re not going to succumb to pressure.

Saying no can feel uncomfortable and awkward if you’re just starting out, but you don’t need to feel guilty for putting your own needs first. Expressing gratitude (“thank you for thinking of me, but…”) and being clear in your communication will ensure your message is received without any bad feelings.

For more on people-pleasing, boundaries and saying no, I really recommend these lessons on the platform from therapist Gemma:

Good luck saying no! Trust me, it’s worth it.

How to Be More Patient and Present in Your Everyday Life

We all go through moments when we feel stressed, anxious or impatient and wish we could learn how to be more patient and present. These 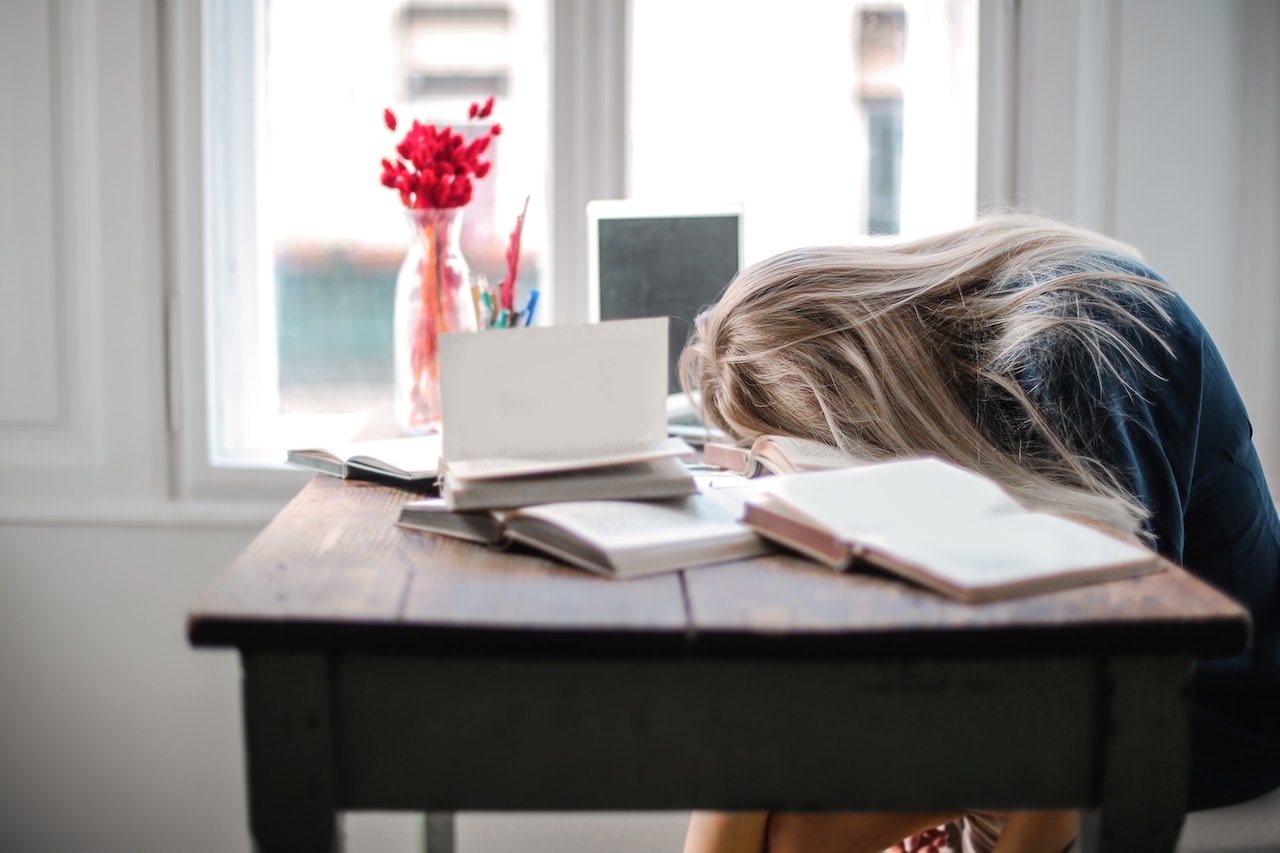 Mental fatigue is the result of prolonged periods of stress, pressure or anxiety – and it’s extremely common for those experiencing burnout. You can experience 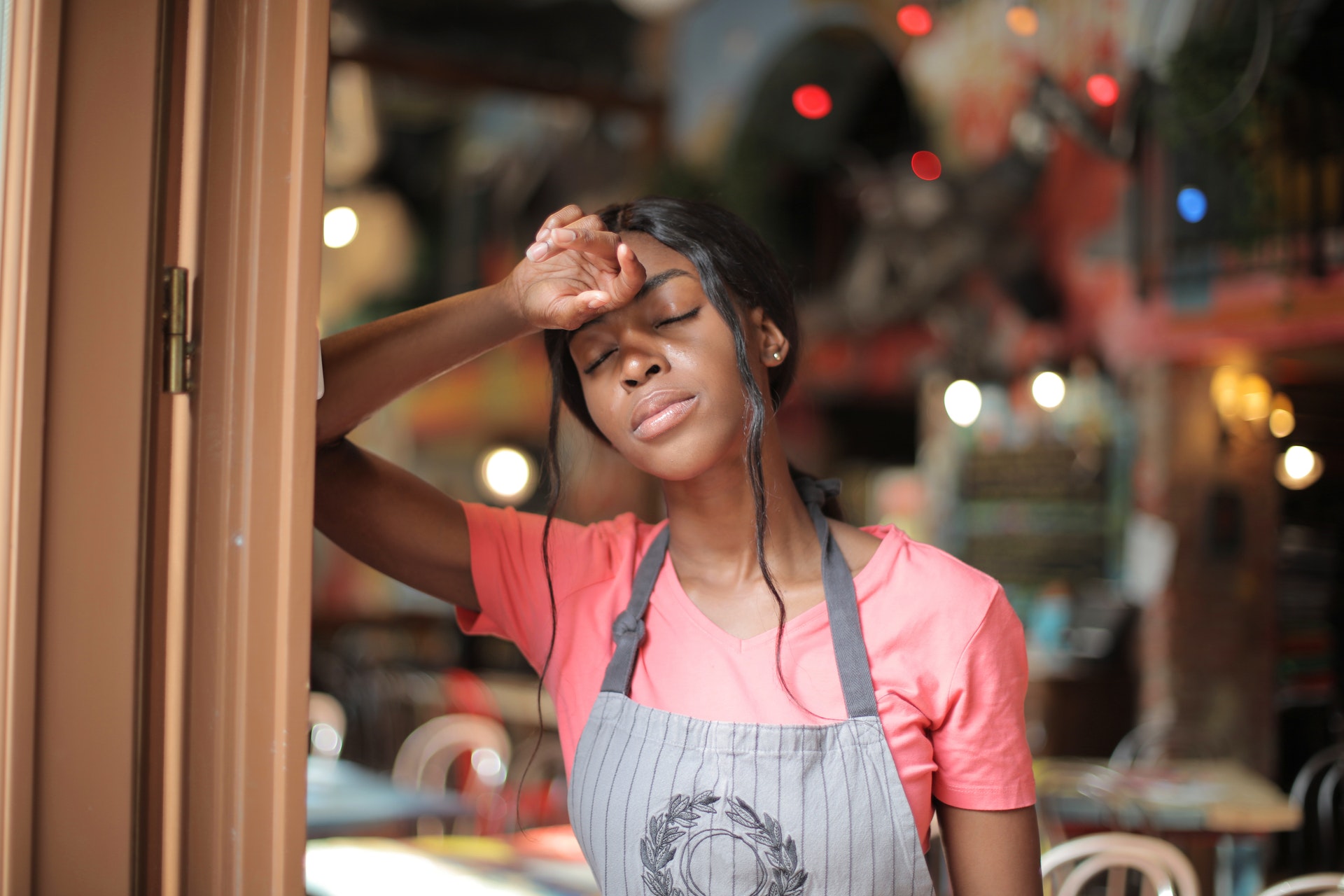 One of the most common signs of burnout we see at The Anti-Burnout Club is emotional exhaustion. When you’re emotionally exhausted, it can be really